Waiting for the Other Wind （特別寄稿「もうひとつの風を待つ。」英語版）

Waiting for the Other Wind

――On the Making of the Film "Tales from Earthsea"

"Ghibli will make the official announcement on December 13th (2005)." It was Mr. W. at Iwanami Shoten, in the Children's Literature Department, who included the news in a fax about another matter. I knew that it would be about the making of the film of the Earthsea series. I also knew that it would probably be directed not by Hayao Miyazaki, but by his son Goro. Yet, this was all I knew. The official announcement must mean that actual production would now be ready to start, but I had no idea how the world of Earthsea, written in six volumes, would be handled in the making of a single animated film.
When I learned from the newspaper on the day after the announcement that the film's plot would center on the third volume, "The Farthest Shore", while also incorporating the fourth volume, I thought to myself, "Ah, there is nothing to worry about. I'm sure the film will be fresh and new."

My first meeting with Goro Miyazaki was in late April, 2005. I met Goro and two Ghibli staff members at the designated hotel's coffee shop, was treated to dinner, and when I got back home I was a bit excited and talked about the events of that evening to my husband. That day I was planning to have dinner at home as usual. My husband was home waiting with dinner ready. I intended to take care of business, and leave quickly. However, when we naturally started moving to have dinner, rather than decline, I followed, wanting to talk a little longer with these three people.
They were very pleasant company. Their conversation was amusing, while not overly familiar. These people I can trust, I thought. Listening to me that night my husband said, "Maybe it's because these people are open-minded towards the world."
That day, during our conversation at the hotel, I had already turned down Goro's request. He asked for my cooperation in making the film, to give advice as the translator of the books, and to suggest which parts of the stories are crucial and what must not be cut out in the film.
Perhaps that was not what Goro meant, but that was how I took it. I am still not sure what I was really being asked to do then. Once, when the Tokyo Engeki Ensemble performed "A Wizard of Earthsea" on stage, I was asked to do something similar, which I also declined to do then, but frankly speaking, I still am not sure what they were expecting of me. Though I still am not clear, I do not think it was a mistake to have turned the Ensemble down, and I was not wrong to decline Goro's request. Strangely, I am very confident in my choices.
In both cases I feared exerting even more influence than I already have. As the translator, I have already greatly influenced the readers of the Japanese version of the Earthsea series. Unintentional though it may be, I am forcing them to accept my take, my interpretation. The Japanese version of the Earthsea series is the Earthsea series as read out loud by me and performed by me. My influence does not need to go beyond the books. My feelings were that I should not impudently meddle any further than that. Other than the books, whether the story should become a play or a film, the work must be completely entrusted to the new creators. In the first place, I am a total amateur in those fields.
Plus, when I saw the Tokyo Engeki Ensemble performance of "A Wizard of Earthsea", I was overpowered by the strength and richness of the group's interpretation. Seeing how my individual understanding was easily surpassed by that of a group, I learned the limitations of my own apprehension. It was not at all like a sense of devastation or defeat. It was like becoming aware of a certain inevitability―-a crisp, refreshing sensation. While watching the play, I thought to myself "Yes, even Ursula Le Guin herself doesn't seem to realize the richness of her work. The work's horizons stretch out far beyond the author's intentions."
My wish is that Goro should not mind the translator's interpretation, but should follow his own interpretation and those of his trusted production crew, and he should be as liberated as Tehanu and soar freely in the world of animated films.
Whether I said as much as this that spring evening, I am not sure. At any rate, I mumbled similar thoughts, and Goro accepted this completely.
Because he did, there was that pleasant dinner and conversation afterward, even though the place where we ate that night was noisy.

The announcement in December followed after that. We have not met again since then. That is the way it should be. It's good that it is this way.
Perhaps it was at the end of May that I received a letter from Ursula Le Guin, and learned that people from Ghibli visited her home in Portland, Oregon. It was a cheerful and buoyant letter, and did not touch upon the tense situation that Mr. Suzuki, the producer, revealed in his long interview with the Yomiuri Shimbun later on.
After the December announcement, when I saw Goro Miyazaki's face in several newspaper photos, I thought "Yes, he has a good face." I usually have a hard time remembering people's faces and frequently create trouble here and there, but I thought that I would be able to recognize Goro's face right away, even if we met in a crowd. A well-defined face, with clear eyes and a straight gaze. Arren must have had the same eyes when he faced the Archmage Ged in the secluded garden in the School of Roke. I was reminded of the opening scene of "The Farthest Shore" on that spring evening when I first met Goro.
New Years came, and New Year's greeting cards began arriving. Many of them had comments about the making of the film of the Earthsea series. Most of my friends and acquaintances, ages fifty and over, frowned at the idea, while many younger people wrote that they were looking forward to it. Those who were cautious asked what Ursula Le Guin herself thought. When I answered that the film was being made with her consent, they relaxed their clenched fists.
Even to those people, I would probably say, "Just you wait and see. I am certain it will be a good film, fresh and new. I am sure Goro will succeed."
I knew from early on from magazine interviews etc. that Hayao Miyazaki has read the Earthsea books even in more depth than I have as the translator. "If this book is to be made into a film, it should be done by Hayao Miyazaki"―I was entrusted with this message by Ursula Le Guin herself, and I gave it directly to the people at Ghibli. If Hayao Miyazaki was to direct it, it would unmistakably become a distinguished work created by the world-renowned filmmaker "Hayao Miyazaki." However, Hayao Miyazaki was not able to take the plunge and direct, so the son, Goro, stepped forward and in the end, Ursula Le Guin finally gave the nod. So like the great author she is, I thought. After building as much as she did of that world from volumes one to three, she dismantled it from the fourth volume on and freed us all.
The Earthsea books are indeed a work whose interpretations continue to change and its philosophy deepens as the reader matures and gains life experience. Does that mean that only the interpretations by the more aged can grasp the essence of the Earthsea books?

That is a terrible mistake. If that was the case, the world should already be a place where people can live in a more human and free state.

I am placing my hopes with Goro Miyazaki who is young enough to be my son. He should not hold back but do as much he wants, to his heart's content. Not only myself, but a great number of people must be waiting for that day with all their five senses open in order to catch the sound of the approaching footsteps of a new era, the other wind of Earthsea. 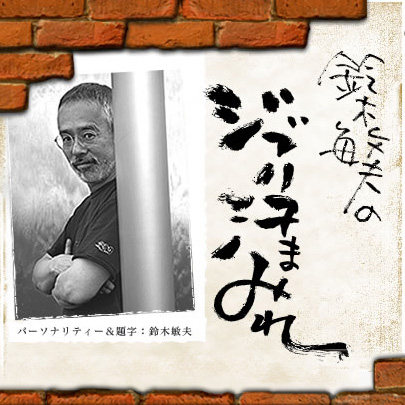